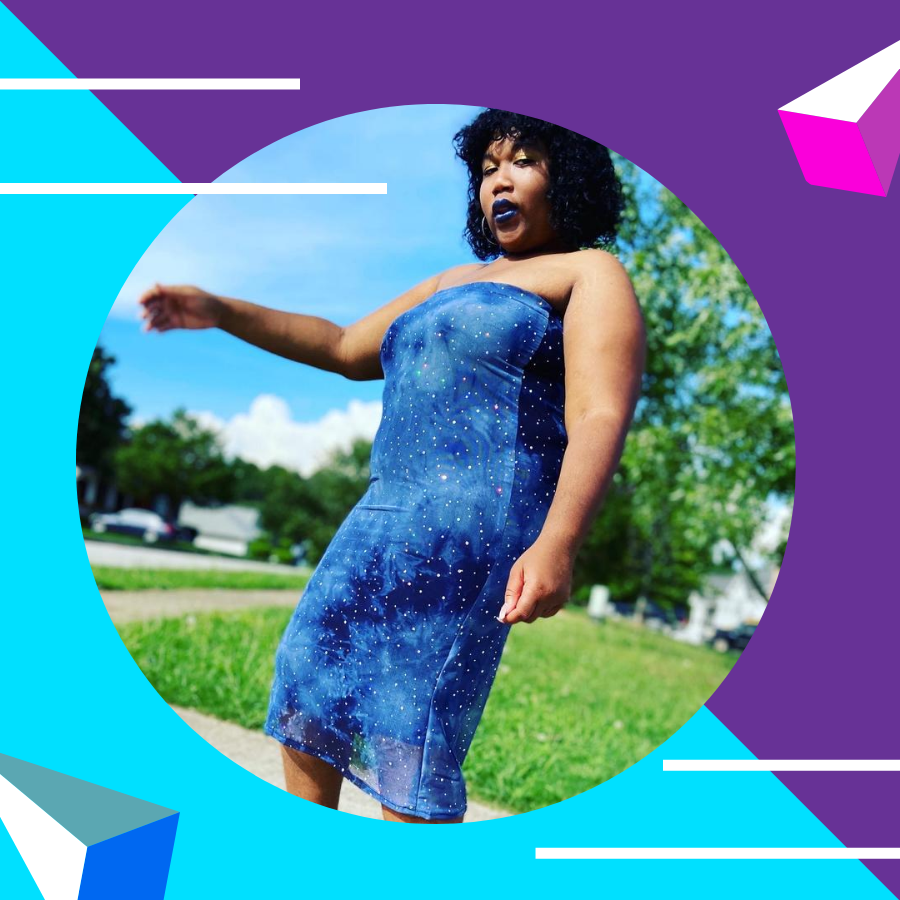 Jenelle Charleswell; an upcoming fashion designer that began to sew at the age of 10 years old. The passion that is in her eyes is powerful as she is putting together what outfit she is going to sew next.  This becomes a job well done as she makes clothes for herself.

What inspired her to become a fashion designer was after she attended her first fashion show at a very young age. This show had different forms of clothing that was made with anything and everything that one can imagine. She saw things like outfits made out of trash bags, bottle caps, wires and other common materials such as fur, silk, sequins and the list goes on and on.  Because Jenelle considered herself to be plus sized, she will love to make clothes for plus size women all over the world, so that they can feel beautiful in what they wear.

Jenelle is also creative in many ways, she started her own business at the age of 17-year-old named NellyFash.  Her business is creating party decorations from centerpieces to balloon columns and arches.  Her love for artistry also enhances her skills in painting and even baking.