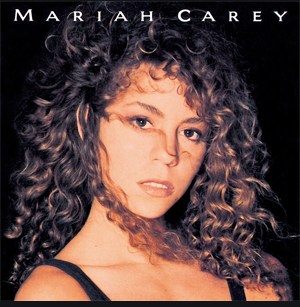 For this assignment, I choose one of my favorite artists to write about who is no other than Robyn Rihanna Fenty aka “Rihanna. She was born on February 20, 1988, in the St. Michael Parish, on the beautiful island of Barbados, West Indies. She started to sing so she can release all the headaches and stress that she has been getting, relating to her household. At age of fifteen (15), she formed a singing group with two of your classmates, no name mentioned, who auditioned for a music producer named Evan Rodgers. Rihanna moved to America with Evan and his wife, and shortly after her arrival she recorded a demo album. Rihanna grew up listening to reggae, soca ,calypso, and dancehall music. Some of her many influencers are Mariah Carey, Bob Marley and Madonna, in which I will be focusing on Mariah Carey in the research paper.

Mariah Carey was born March 27,1970, in Huntington, Long Island, New York. She is an American Pop and R&B singer, songwriter, actress, and record producer. At the age of four (4) years-old her mom had her taking singing lessons. Her mom was also a voice coach and an opera singer.  It was very hard for her to deal with the issues of racism when she was child because she is biracial. She often turned to her music to relieve her from all of her stress she was dealing with. It was hard for her and her family to live in New York because they were a biracial family. Everywhere they went it was racial slurs, hostility and sometimes violence toward them. After graduating from high school, Mariah moved to Manhattan, New York, where she worked as a waitress and a coat check girl and she was also studying cosmetology. She also wrote songs and pursued a music career at night, singing at party events.  One day, Mariah went to a CBS records party and everything changed after she gave her demo to Jerry Greenberg another music producer. At the age of eighteen (18), she signed with Columbia Records and had her first album, which includes four of her hit singles, “Vision of Love, Love Takes Time, Some Day and I Don’t Want to Cry.” Mariah Carey music career was inspired by Aretha Franklin, “The Queen of Soul,” and she was also one of Mariah mentors. When Aretha Franklin died on August 16, 2018, Mariah said, “I will forever cherish the moments I spent in your presence. Your indelible impact was earned not only by your incomparable voice but by your bigger than life personality, wit and humor. I say a big prayer for you. You will forever have all our respect” (Blistein 1). Even though Aretha’s music was blend of Gospel with Jazz, Blues and R&B, she was able to take on the world of Rock Roll that had which she had the ability to infused Afro-American music traditions.

Mariah was forced to live with racism as a permeating theme throughout her life and career being that her mother is white, and her father is Afro-Venezuelan making her an interracial music artist. Playboy ran an article, in 1990 that described her as a “white girl who can sing” (Portee 1) and Carey responded by saying that “her father who is of African-American and Venezuelan descent was very upset” (Portee 1). She then wrote her a new single, “In the Mix,” it is the theme song for the Tv Show “Mixed-ish.” Because of this, Mariah then opened about her upcoming and her troubles navigating throughout the music industry. She felt so connected to the show, she remembered it was like that in the earlier part of her life growing up. She talked about growing up how it was hard being interracial with her parents being divorced. The song ‘All I Want for Christmas Is You’ was the number one Christmas song all over the billboard in 1994.  This song was about Mariah’s rough childhood. As a kid, she experienced poverty and struggled with her racial identity. She also said, “A lot of intense stuff happened to me when I was a kid, that people who grew up with money or with families that weren’t fully dysfunctional will never quite understand. And then being biracial on top of it and having no place to really fit in” (Mariah Carey’s Biracial Childhood Inspired Her ‘mixed-ish’ Theme Song).

In April 2018, Mariah shared the story of her longtime battle with bipolar II disorder. She was first diagnosed in 2001, after being hospitalized for her breakdown and for years she had been hiding it. She was scared that if someone was going to expose her for having it. She started to get help and things started to turn around. She continues to donate to twenty-seven (27) charities, some are Fresh Air Fund Kids Wish Network, Red Cross, Feeding America and the list goes on.  She liked to donate to charity to help sick children because she knows how it is like to live a hard life, and she does not want anyone else to go through what she went through.

Mariah won numerous awards through her musical career, five (5) Grammy Awards, seventeen (17) World Music Awards, eleven (11) American Music Awards, and twenty-eight (28) Billboard Music Award. As I learned more about Mariah Carey, I can see how she influences Rihanna because they both had rough childhoods. Their parents got a divorced when they were young and they also started singing for the same reason to relieve all the stress that they been getting. They had to do what was best for them to make it in this world. They had to move from their hometown to produce a music career. They hid their mental conditions, even though they felt it was no one business to know. Yes, their lives were very similar, but they had one difference that I found. The difference is Rihanna did not have to go through the racism that Mariah had to go through.  Reading about them it is like you will never know what happened in their past life but you will learn what they both went through.