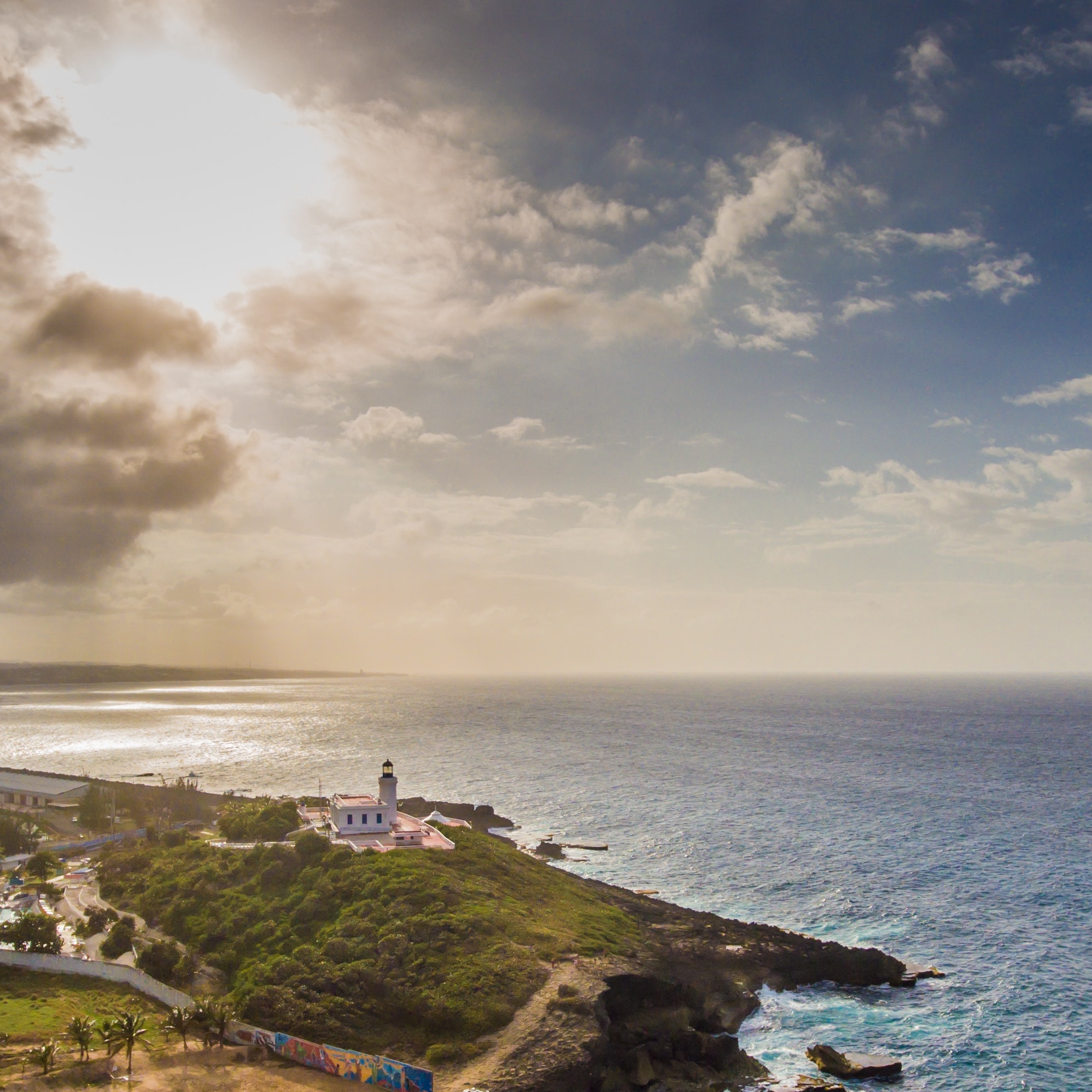 It was spring break of 2018 and I was on my way to a family trip to Puerto Rico. For some odd reason, I felt a sense of anxiety for the first time in my life because of how Hurricane Maria had impacted the island. The last time I really got to see my home the way it was before the storm was the summer of 2016. We were on our way to the airport and it was 5:30 am before we had to make it to our flight at 7. Once we had gone through TSA and made it to our gate, the emotions were sinking in a bit for me. When I boarded onto the plane and got to my seat, the emotions grew even more. I didn’t know how to feel or what to even think because it had felt so long.

I made it over the island and before we landed, I got a chance to look out the window from my seat. Some of the island looked worse than others. I began to think about the people that had to evacuate and were affected by the hurricane. I asked myself, “what if I was in their shoes?” “What would I be able to do if I was in a situation where I couldn’t save anybody but myself?” We finally landed and on our way through the airport, we had gotten our rental car and started to head out. Once we left the airport, everything felt peaceful when we got to the tourist part of Puerto Rico, which was Old San Juan. We spent a few hours walking around the city, seeing Castillo San Felipe del Morro and Santa María Magdalena de Pazzis Cemetery. But when we made our way towards the famous La Perla neighborhood, I saw the damage that was done. The neighborhood was off the shoreline of the island, which the waves had made most of the damage. There were remains of some buildings which me and my family got to explore outside of Old San Juan.

After we left Old San Juan, we drove towards downtown, where we drove past Toa Alta and Toa Baja. Most of the damage could be seen there by the ocean waves because of how close the city was. Never in my life had I seen so much destruction been done by a storm. It made me think about how I could help in those communities and be a light for those who seemed to have lost all hope.

When we left, we made our way to Fajardo, a city outside of Ceiba where I was born. I got to see my godmother and my aunt who was currently staying there at the time for healthcare treatment from my godmother. We spent a few days in the house, where I got to see my mom’s godmother and aunts and uncles around the city. My aunt and godmother raised me growing up as a baby when I lived in Puerto Rico. My mom was also away on military leave and couldn’t raise me when she was away. I spent most of my summers as a kid at my godmother’s house with my grandparents and enjoyed it very much by making new friends that were in the neighborhood. They were very delighted to see me and told us about how the hurricane had affected them in the past few months. They had made us dinner and I enjoyed the time we spent together. Our cousins were also at the house and I hadn’t seen them since the summer of 2016, which was the last time I was in Puerto Rico.

We went to a city called Corozal a couple days later, where my dad initially grew up his entire life. More damage was done there on the roads such as huge tree trunks and light poles on the sides of the roads. While visiting there, I got a chance to see my cousins who were now married with their husbands and children. I was excited to see them because it had been a long time before then when I first saw their kids. All of them had grown up so much and were learning how to speak English when I saw them again. It was very fun and interesting to interact with them and to see how they’ve grown up in an island where there had been so much turmoil.

Sunday came, and we went to a church call AMEC Casa de Alabanza, which my mother had been attending virtual services since I was little. The church seemed much bigger in person than in the computer screen because I could finally take a chance to see what was around in the building. My mother during the service had translated the message to me in English and it made sense to me about what the pastor was preaching on. The pastor was preaching about the gospel of John and how this can relate to people who weren’t saved by the grace of God. This gave the opportunity to ask people to come towards the stage and give their lives over to Christ. The worship felt very genuine, and I could get a sense of intimacy with the community and the music. It was more than an emotional connection; it was also a spiritual one.

We left the airport that Monday afternoon, and I could say that the trip was very much needed for me in a time where my intermediate family felt very happy and encouraged to see me. It made me more aware of how blessed I really was to see them and making the most out of every single moment I got to share with them.