The Queen of Percussion 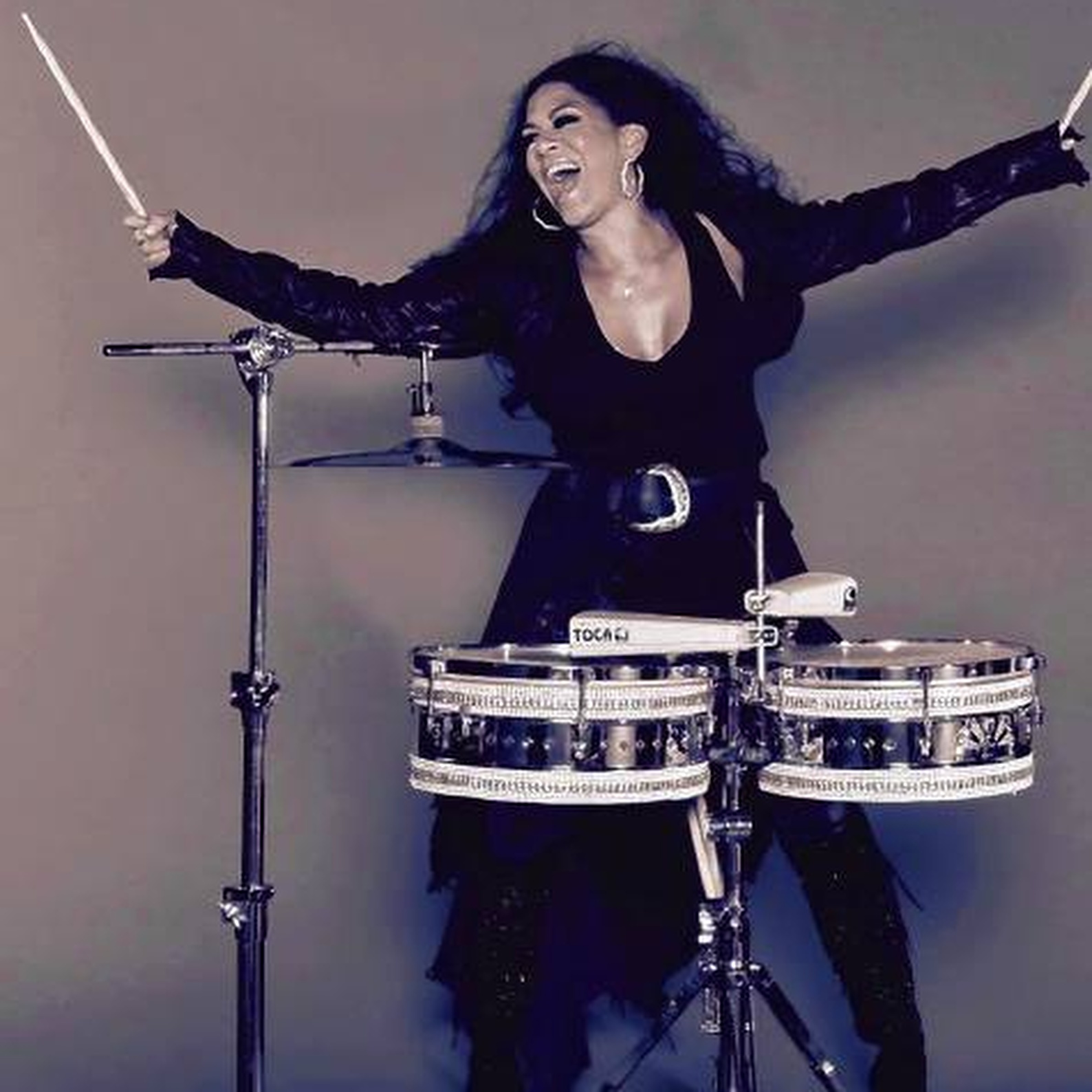 Sheila E, known as “The Queen of Percussion”, is one of the leading percussionists in the world. Coming on the major music scene in the mid 1970’s. Sheila has had a profound impact on several of today’s musicians.

Sheila Cecilia Escovedo, better known as Sheila E, is an American percussionist, singer, songwriter, author, and actress. Born in California into a musical family, Sheila would find at a very young age her love for drums. Sheila began her solo music career in 1983 with her hit song “The Glamourous Life”, rooting her now decades long career. In 1985 she became a mainstream solo artist. Her now signature song “A Love Bizarre” would show how longevity, passion and determination can pay off when you stick to your guns. In the early 80’s Sheila E and Prince would become very good friends.  Coming from a family of musicians, Sheila E is known for her powerful drumming style which she has brought to the live stage across the world. With a well refined style of beats, Sheila has crossed many boundaries in the music industry. Not letting anyone hold her back, she has surpassed the expectation. Her mixture of pop, R & B, Latin jazz, and funk allow her endless opportunity to cross boundaries within the music industry many could only dream of. Her unique talent has given her the ability to be seen behind the instruments.

When Sheila E introduced her friend Prince to her family, she had no idea how much of an influence she would become in Princes music career. Only knowing that he was a major influence on her, both pushing each other to write and perform. Over the years they would not only push one another but inspire each other and many others with their unique, eclectic, musical talent, which so many of us have grown up and fell in love with.

With every opportunity to influence each other, the world would come to love both over the decades. In an interview after Princes’ death, Sheila stated “I influenced him the same way he influenced me”. Sheila E has several influences that she could reflect on, but Prince was a profound influence indulging in her cultural influence and using that in much of his own music style. While we can say many people influence others, the idea that such a musical genius would draw from the talents of fellow musicians, is a major compliment.

Sheila E and Prince would have a long-lasting relationship spanning decades, but not without some turbulence. It would appear that prior to Princes’ death in April of 2016, he had not spoken to Sheila E for a few years. Sheila E wrote a memoire including information about Prince, stating they had been engaged among other things.  He was not pleased with this as he was a very private person. This would ignite a feud between the two, causing Prince to send cease and desist letters to his old friend. Sheila E apparently did not know anyone knew of the issues between them, until Apollonia a former band mate of Sheila’s began her own feud with Sheila E. Apollonia called Sheila on the carpet for the supposed lies about their relationship after Sheila E released the tribute music “lemon Cake”, prior to the anniversary tribute; where Sheila E was asked to produce many tribute programs for Prince. Sheila E would be accused of excluding several important previous and then current band members from the tribute shows. This caused many to speak out regarding the feud and accuse Sheila E of trying to cash in on the Prince legacy.

Now prior to the release of her memoire, Sheila E was one of Princes’ most noted and seen protégés. It seemed fitting that she would be part of the massive undertaking of producing several tribute concerts and shows after his passing. One of the most notable productions which Sheila E served as musical director of was, CBS’s “Let’s Go Loopy: The Grammy Salute to Prince”. However, many former associates of Prince were notably missing, causing speculation that Sheila E had deliberately excluded them. Sheila E has undoubtedly taken fire from many people and situations over the years as it pertains to Prince. Often being accused of stating she wanted to have his children to the more recent reconjuring of the feud between the two. I do not think there is a woman alive that would not have wanted to bare his children at one time or another. The fact is Prince there was “just something about him” that made women swoon over him. The shy, charming, reclusiveness that was Prince, could make anyone sweat bullets. There were just a few that had the privilege of being with the performer. If Sheila E did have a personal relationship with other than just being friends, then I commend her on letting it out. Perhaps her feelings were more one sided and that was why he took it to heart and wrote her off. Unfortunately, we will never know. Even if Prince were still alive, I do not think he would let anyone in on such intimate and personal information.

Sheila E is a very private, yet outgoing individual, most likely an acquired trait from her old friend. Her powerhouse performances often mimic those of Princes. The energy within each production, the lighting the big ensemble of musicians, the lengthy sets, were very reminiscent of Prince productions. Now, if that is what people think “cashing in” on his legacy is, then so be it. I just think that she was so involved with that performance style for decades while working with Prince that it became the normal way of performing for her.

Fast forward to more recent times, and you can find Sheila E performance events, acting, writing, and giving lessons on her webpage “Sheilae.com”. There are links to her memoire, music videos, and much more. Monopolizing on her iconic persona is one way the quiet the masses. With all her attributes to several iconic performers over the years Sheila E has become a major influence in the music industry and beyond. Since 2016 she has been busy behind the scenes as much as on stage. Lending her talents to big screen hits such as “Man of Steele” and “Batman v Superman: Dawn of Justice”. In 2017 she was the featured percussionist on the soundtrack of the hit movie “Boss Baby” and is a feature on the Netflix comedy “Stand up for Drummers”, adding to her acting credits.

On April 17, 2020 Sheila E released her latest hit single “Lemon Cake” a tribute to Prince, followed by the release of the music video in May 2020. The single reignited the long-standing feud that has remained a hot topic in the music industry. With everything Sheila E has been through in her life, she has remained humble and grateful for her turbulent relationship with Prince. When you think about all the feuding that is taking place since Princes death, it makes you wonder if it would be happening if he were still alive. Sheila E has certainly seemed to recover nicely, if even ever bothered in the first place.

Over the decades she would have several relationships but never marry, and many speculate it was because she was in love with Prince. At 59, Sheila E remains unmarried and very successful. Her musical reputation speaks for itself as she is now teaching her craft to young musicians all over the world. Giving them insight on over forty years of perfecting talent on percussion instruments. The energy it takes to perform and the expertise that is required to become iconic.