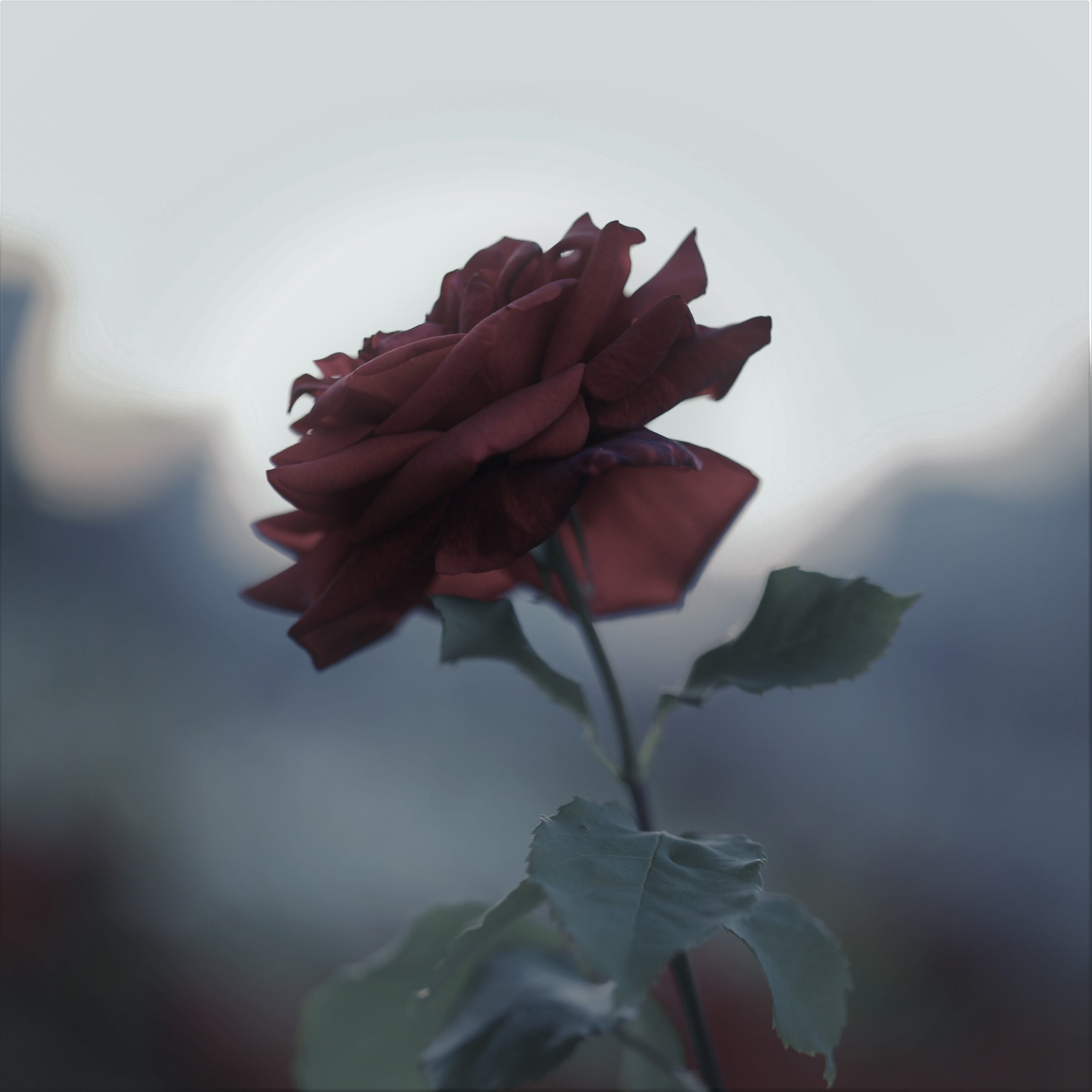 Another day. Another day of having the sun’s rays leaking through the shades, poking warmth to her nose. It wakes her.

Tightening herself in her blanket cocoon, she ponders on the thought of what this day would bring. The cycle of everyday routine. Waking up, struggling for a morning shower, race to catch the bus, meet people in the school courtyard, talking, watching the clock hoping the day goes by quicker, then experiencing the joys of going back home. This has been her routine since she has started the sixth grade. She just hope for once, today would bring a change.

Taking a peek at her calendar, it seemed her wish will come true. In a bad way. February 14th. Valentine’s day. A day that she despised most of her life. The day where you are forced to witness shining heart balloons, couples exchanging chocolates, and worse, people smothering their faces with saliva in deep embrace as they make-out in the corner, catching cooties.

Valentine’s day held no meaning to her. In fact, she could barely understand the concept of feeling butterflies in her stomach. Heart balloons and catchy love phrases made her nauseous. Chocolate heart containers held sweet treats that barely had any taste. They felt dull on her tongue as she takes a bite. There is no “love” put into those things.

She has never experienced the feeling of “love.” Before her family snapped into two strings and thereafter, she felt nothing. An empty void in her chest. Through the gifts her mother and sister provides her for this occasion, she accepts them with a masked smile, then turns away with nothing in return. Leaving her new gifts of plushed animatronic toys and sealed chocolate hearts to rot away into the deepest corners of her closet.

The clock chirped seven. Time for her to get ready. She rushed over to the bathroom. As much as she wanted to make her school mates wait in her bus just to make them late on purpose, she was heavily curious of how this day will turn out. Will she witness a fight among a couple? Maybe watch a break up and note the tears of sadness rolling down their faces. She smiled at that thought.

Once done, she raced over to the kitchen, hunting for any trace of breakfast left behind by her family. There was none. All frozen pancakes and waffles were devoured by her older sister. The left over dinner from last night was taken by her mother for work. Leaving her nothing but an old rotting apple that has been sitting in the fridge for three weeks. She left it. She rather starve than risking having a stomach illness flare up today.

On the counter of the kitchen had a Valentine’s envelope, written with her name. Catching her attention, it had a small message written from her mom on the corner. “FROM MOMMY XOXO.”

She didn’t dare touch that thing. Probably had cooties. Given from her own mother makes the scenario even more awkward, and more gross as it is.

The bus rolls in from the front door. She can hear her mates yelling from the windows of the miniature school bus. This is going to be a long day.

Seven fifty in the morning. Almost another hour before classes start. Her bus pulled in ten minutes before schedule, much to her disappointment. The last thing she wanted was having people come up to her early in the morning to strike up a conversation.

She has just arrived and already held an uproar of people gathered in the courtyard. Unnatural for this time of day. It will usually be more quieter due to the lack of students in the morning. Normally, there will be around ten or thirty. Now, there is probably around five hundred students creating chaos out of this day. That includes a parade of heart balloons marching above their heads and roses being flung in the air.

Seemed like everyone in the world is trying to grab a date.

Luckily, everyone was too preoccupied to even notice another flock of students enter the party. Including her. She quickly gave way and tried to find a spot far from the crowd. She spotted her friends deep into the crowd, exchanging their gifts with one another. She decided not to intrude.

At last, she has found her privacy. An electrical box drawn all over with graffiti. Many with obscene premature images, and some messaging couple initials. With one read “J+A” circled with a heart as an example. She scoffed of how people can take pride over a relationship that most likely won’t last a week.

She watched her classmates from a distance. Much to her delight. She was at peace. This was the entertainment she hoped to watch for hours. With forty minutes to spare, she waited patiently for the drama. She only wished she would have brought some popcorn.

She jumped. She was so absorbed to her show that he she didn’t notice her old elementary school friend, Juan, breaking her concentration. She sighed with some annoyance in her tone. She hated being disrupted while she was occupied.

Without her consent, he climbed up the electrical box with her. A normal thing he would do. Pop up, hang around without saying a word, then leave.

But today was different.

As he sat himself next to her, he had a box of chocolates in his hands and a rose. He shuffled a bit closer to her, leaving her to shuffle away in response. His face flushed red as he struggled to get his words together.

“T-This is for you,” he managed to spill.

She looked at the chocolate gift and glared at him. Straight into his eyes, signaling him the rush of anger and disappointment. He should have known better than try to hit on her. She left him frozen with the gift held on his palms. He placed the gift near her leg, not saying a word.

She turned away from his face, staring blankly into nothing. Juan was her only friend throughout elementary school. Through all the times she tried to fit in with the crowd, she felt left behind as her classmates didn’t want her to participate in class games due to how nerdy she was, or how freaky she was because she was the most quietest kid in the class. The only person who has given her such attention was Juan. He didn’t mind hearing her talk for days on shows she adored. He wouldn’t mind watching her go on hyper antics.

As middle school rolled in, their friendship started to drift apart. She started making more friends, as for Juan was the one who only had her as his friend. They would only see each other in the mornings. Meeting throughout the school days was nearly impossible, with her surrounded by her new friends, and him always attending his club meetings.

Their moment of silence went for another ten minutes. His patience dwindled. He took a deep breath, with rose in hand, in bravery said,

“I don’t know if you noticed but for a very long time, I really liked you. For the past three years since I met you, I never liked anyone else and liked to hang out with you because you are so different. I don’t know if you feel the same way, but I got you this because I’ve realized over the years you never get anything for Valentine’s day. So I got you chocolates and this rose, because maybe you can give me a chance and maybe we can go on a date sometime. If-If you want to.”

His speech went one ear, out the other. She couldn’t care less about his feelings. With his face bombed with acne and eyes puffed with shy tears, her fury slowly rose with his gesture. It was not in her nature to comply. Why should she? She can’t feel a thing.

She accepted the rose he gifted her and studied it. A specimen filled with thorns on its stem, fresh from a bush from who knows where. She reached in her pocket and pulled out a lighter, an item she casually stole from her mother just to make herself look “cool” from her classmates.

She flicked the flame from the lighter and held it to the plant. It quickly burned alive, dropping its petals one by one, as she stared at Juan with her black eyes, lifeless and numb. He drew back, his face pale in fear. This was the first time he has ever witness her in such behavior. Normally quite, nice, and sweet. Now a monster blindly enraged in such violent manner. A selfish monster.

She jumped off the electrical box and faced the street near them, the rose burning in her hand. She threw the rose out to the street, watching it burn till a car passed and ran it over to distinguish the flame.

“That’s how I feel about you.” She responded with a smile.